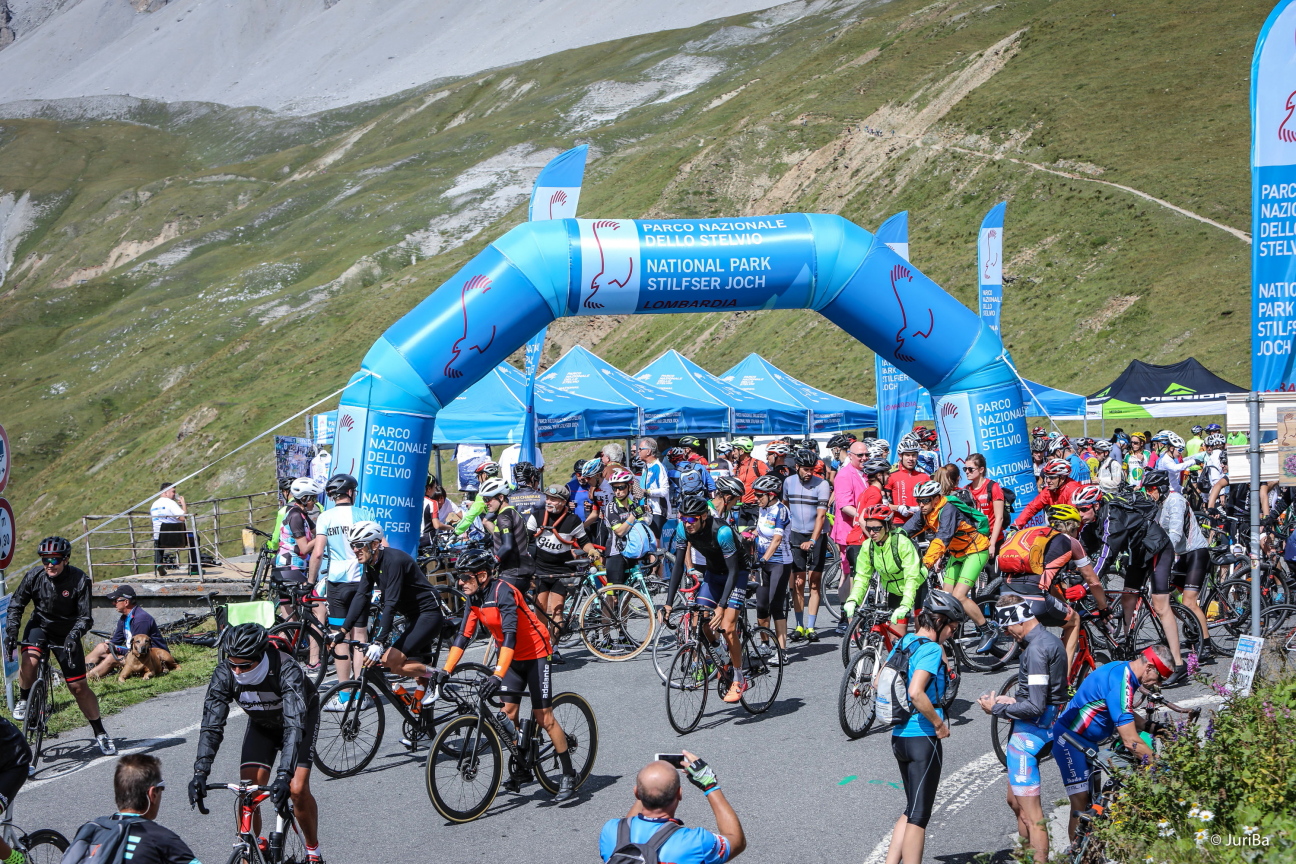 A record ending to the 2019 season of Enjoy Stelvio National Park.

The last two days of the summer programme organised by the Stelvio National Park took place on Friday 30th and Saturday 31st August.

2019 saw continual growth in numbers from the first event on 20th June to the last weekend. The closure of the main Alpine passes in the Stelvio National Park to motorised traffic meant that more and more people could take on these legendary climbs that have featured so prominently in the history of cycling.

On Friday 30th an impressive 800 cyclists took on the panoramic road that leads to the Fraele towers and from there the large artificial lakes at Cancano.

But the main event was the traditional Scalata Cima Coppi on Saturday 31st, the climb to the Stelvio pass which this year reached its 19th edition.

The event held on the three roads to the pass, all closed to traffic, attracted just under 12,000 people to make it to the top; a vibrant crowd of cyclists, hikers and ski-rollers as never seen before at 2,760 metres above sea level. A peaceful invasion of sportspeople from all sorts of backgrounds, with different levels of fitness and of all ages, united in their mission to enjoy a fantastic day out in one of the most beautiful locations in the Alps.

The Lombardy side enjoyed record numbers, with 4,300 people starting from Bormio. A long trail of bikes of all kinds made their way up the historic road to the pass.

On this car free day it was possible for everyone to enjoy the Stelvio pass in complete safety, with the added peace of mind of medical assistance and refreshment stops along the route.

What more could you ask for, apart from the chance to meet some of the stars of professional cycling? Riding among the many amateurs present were Alberto Contador and Ivan Basso with the Kometa cycling team. Cycling enthusiasts could take a selfie with some of the sporting greats of the last few years.

Some excitement was caused in the afternoon by a rock falling onto the road ,which fortunately was incident free thanks to containment measures on the mountain side of the road.

These two days have proven that reserving the main mountain passes for cyclists and other athletes appeals to an increasing number and variety of people.
An implicit invitation to continue along this road (or these roads) in the future.